An epic first night as we return from COVID!

Lou Lou la Duchesse de Rière, known as the stripping sensation from the Mohawk nation, has been performing her brand of balls to the wall burlesque for well over a decade. Twice voted  into the Burlesque Top 50 by 21st Century Burlesque (2019 #16 worldwide and #2 in Canada) and current reigning Queen of New Orleans Burlesque Festival,  She is an internationally recognized performer who has shimmied her way across the stages of New Orleans, Las Vegas, New York, Texas, Detroit, and Chicago.

Coco Lectric, The Mistress of Musicality, is an electrifying dancer, actor, and vocalist. She’s the current President of the Board for BurlyCon International Burlesque Educational Convention, founded the Austin Burlesque Alliance, is the co-producer of the Texas Burlesque Festival, and is the Director of The Austin Academy of Burlesque. Among her other accolades and awards, she’s performed in the Miss Exotic World and Reigning Queen of Burlesque competition in 2011, 2012, 2013, and 2015. She has been voted in the “Top 30 Burlesque Performers in the World” for the past 6 years (21st Century Burlesque’s “Burlesque Top 50”). She currently produces and directs Mistress of Musicality Productions.

Tito Bonito is an international and award-winning burlesque performer, host, instructor, and producer. Since his debut in Chicago around late 2010, Tito moved to Los Angeles in 2012 and has been a notable fixture in the scene since. Winning awards and accolades such as being listed as one of Time Out LA’s Best Burlesque Performers in LA and one of LA Weekly’s People of 2016. Bonito was also awarded “Most Comedic” at the Burlesque Hall of Fame 2017 and has performed and hosted the festival the following years. He has also appeared in various forms of media including music videos, magazine features, web series (Entanglement, You’re So Talented) and television (Epix, NBC, Playboy, Naked News). Tito also has taught several of his courses at the world’s largest burlesque education convention, BurlyCon in 2015 & as a featured presenter in 2018. At the end of that year, Tito was ranked #63 in the 21st Century Burlesque’s Top 100 Figures of 2018. 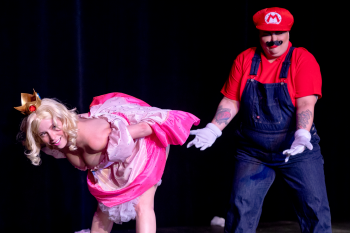 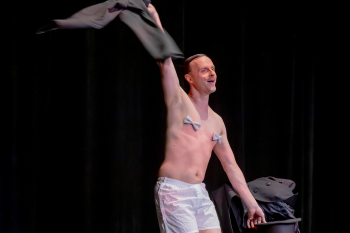 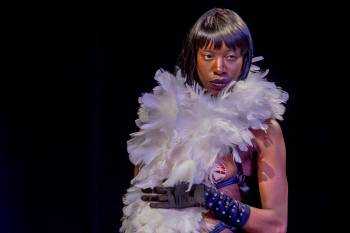